What Are You Reading?

What are you reading these days?

5 stars. Earlier in the month I finished listening to Erika Krouse's memoir/suspense, Tell Me Everything. The story is intriguing on many levels. The author's personal history of sexual assault tangles up with the crimes she has been hired to investigate. I loved the part about her talent as a 'listener' and her ability to discern meaning from a character's slightest inflections/gestures. The story itself, of the worship given to college football players is disturbing and fascinating. I highly recommend the book. I listened to the audible version and loved it.

4.0 stars. Yesterday, I finished Claire Lombardo's novel, The Most Fun We Ever Had. It's an easy read, a story of a happily married couple and their four daughters all of which have competing personalities and their own private gripes, history, etc. I liked the book a lot. The one negative was the continual lovey dovey parents who, although they have one rough patch in the book, the author piled it on a little too deep for me.

5.0 stars John by Cynthia Lennon, a biography of John Lennon's time with his first wife Cynthia. After watching the Beatles series on Disney Plus titled "Let it Be", my interest in the Beatles was reignited. The audible book was approved by Julian Lennon, their son, in a Forward. I found it well written, and enjoyed learning the backstory for this superstar's early days as a Beatle (before Yoko Ono). For anyone interested in John Lennon, I highly recommend it.

4.5 stars I finished Crossroads and discovered a thirty-five minute narrator-author interview at the end. The quality of the reader's delivery is appealing, well paced and for the most part, as the author intended. Each character has their own story except for the youngest boy. I discovered by way of the interview that a sequel is in process which takes place twenty-five years later. That young boy will be a main character in the sequel. Franzen gets into the minds of his characters. The brilliant Perry with misfit issues then substance abuse (imbibing in the vodka punch at a neighbor's party) the eldest, Clem and his self discovery and fall from grace, Becky the beautiful and her morphing into an adult, Marian the mother with skeletons in her closet, and Russ, the minister/husband/father/philanderer. The story kept me interested and occupied during my daily walks.

Popular posts from this blog 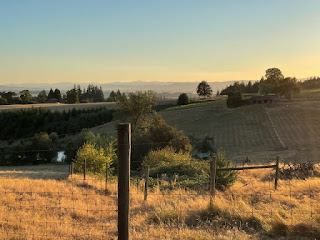 Monday Sept. 20, 2021 Late summer evening in Helvetia, Oregon   Greetings fellow readers! Welcome to my blog where I plan to offer my reflections on books, movies, and documentaries that I want to share. I hope you find something here that interests you and ask that you please post reactions and ideas as well.   Forgive any missteps on this forum since I"m not the most computer savvy person on the planet. But I will learn as I go! Thanks for stopping by. May the world treat you well.                   ~ Cathryn
Read more

October 1, 2021   You Won! Hey Cathryn, thank you for submitting ' Take that Drink ' to the Reedsy Writing Prompts Contest! Your story was gorgeously atmospheric and deeply moving, and in equal parts painful and hopeful. Your depiction of the world we're now living in, and the personal tragedies facing so many families everyday which are so often lost in the scale of COVID and drowned out by sheer numbers, was affecting and delicately rendered. And we were very grateful for a happy ending! Thank you for sharing your work with us. We are delighted to let you know that it won the Come Rain or Shine edition of our contest! You can check it out here: https://blog.reedsy.com/short- story/v3e8ti/
Read more 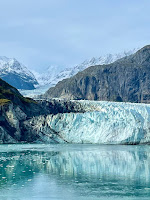